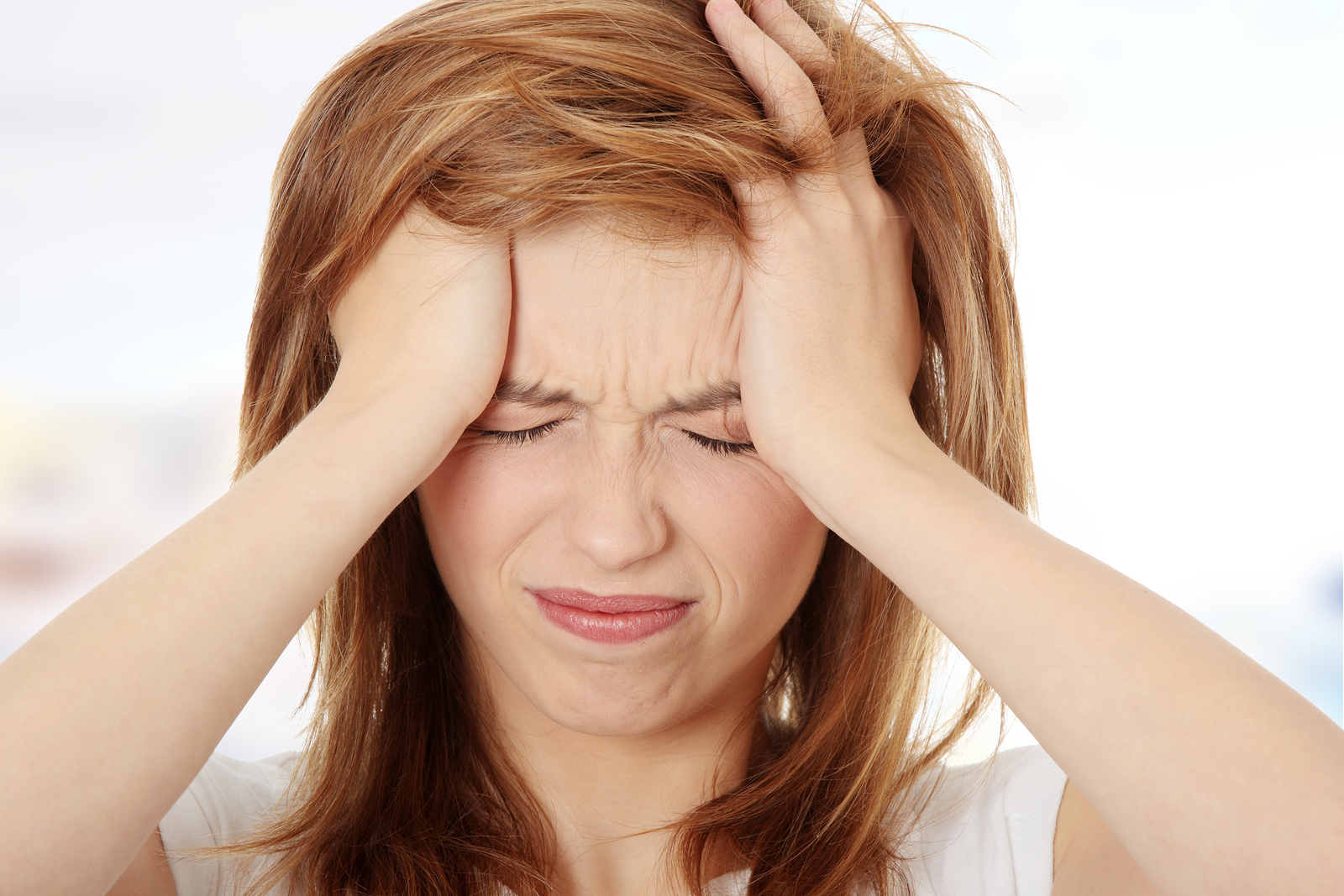 Migraines are an old, debilitating condition, described in ancient Greek medical books. Yet we are still striving to understand how this condition occurs and what physiologically is bringing on the recurrent, devastating pain in so many people. More than 23 million people in the U.S. are migraineurs, that is, suffer from migraines. By far, more women then men are affected. Approximately 75% of all migraineurs are female; three times more women than men have migraines.

The typical migraine occurs when the patient is usually awake and tends to come on gradually over a course of a couple of hours. The migraine is usually one-sided at its beginning, generally in a temple or behind an eye, and throbs or pulsates. As time passes, the headache tends to spread and can encompass most of the head after a few hours. The pain can last from several hours to an entire day. The pain is debilitating and requires the person to generally stop their life and remain still in a quiet, dark room. There may be some nausea and vomiting during the headache.

The majority of patients who experience a migraine have a prodrome or symptom warning them of the coming headache. The prodrome usually occurs hours or days before the pain develops and can consist of changes in mood or other physical changes. The most well known prodromal symptom is the migraine aura which occurs before the onset of headache pain and lasts briefly.

Historically, migraines were believed to be a vaso-constrictive event in the cerebral arteries causing throbbing pain. However, that theory did not entirely explain all the medical aspects of migraines and why certain drugs which do not effect the vasculature could bring relief. There are now many more theories involved, but none are wholly definitive.

Conventional care of migraines consists of using a variety of drugs to first prevent the full development of a headache or the frequency and intensity of them; and, second, to treat one when the pain is acute. Many drugs are used in each category depending on patient responsiveness and severity of the migraines. Botox has also been tried as well as surgery, for cases that are very bad and refractory to drug care.

The Answer to Migraines?

Many physicians who specialize in alternative medicine have found a very probably etiological factor to investigate in migraineurs. While not embraced by conventional medicine as standard care, doing food allergy testing for delayed food reactions is indeed a key component to offering cure to migraine patient sufferers.

Studies have clearly linked food allergies to the occurrence of migraines for nearly 150 years. The first monograph on the association of food causing migraines was printed in 1873. A New York Times science article back in 1986 elucidated a double-blind study in the U.S. and England which proved that about 75% of migraneurs suffered from 5-20 food allergies which were etiological factors for the development of the headaches. When migraine sufferers were put on elimination diets, removing the food(s) they were sensitive to, they had significant eradication of their migraines or at least they came much more infrequently and had less intense symptoms. That newspaper article discusses several other positive well controlled studies supporting delayed food allergies are instrumental in being causative agents for migraines.

Another double-blind controlled study published in The Lancet, proved that a whopping 93% of children with severe frequent migraines recovered completely on an oligoantigenic diet which removed foods each child responded to. Notable to state was that other symptoms the child also experienced with the migraine–such as asthma, abdominal pain, eczema, behavior disorders–all cleared up as well.

Drs. Leo Galland and LM McEwan, highly respected English M.D.’s, advocate quite scientifically that dietary causation of migraines has been described in medical literature for over 100 years. As in the New York Times article, these physicians highlighted the admirable scientific study done by Dr. Egger, et.al., that confirmed food sensitivities caused frequent severe migraines in children. They also emphasized that Dr. Egger’s study proved that reintroduction to the foods whose removal had cured the children reinstituted the migraines although desensitization of the foods was possible in some.

Many different theories of how ingested food initiates a migraine are contemplated. There are beliefs that when a food one is sensitive to is eaten, it may cause intestinal permeability (leaky gut), and then vasoactive compounds extracted from the food go to the brain and initiate chemical changes that induce a migraine. Genetic deficiency of certain enzymes may be a factor, as well as the delayed immunologic mechanism especially in regards to foods containing tyramine such as hard cheeses, red wine, processed meats, as well as beans, nuts, onions, dried fruit and other foods. Other food additives like nitrites and food colorings, MSG, aspartame and chocolate can initiate migraines in some, although the exact method of action is unknown.

Doing a diet analysis with a patient to study processed foods, additives and tyramine food intake is vital. However, to gather all necessary data to best have the chance to eradicate migraines, an alternative physician needs to do a blood-drawn food allergy test of the IgG immune system components. If migraines are a condition you experience, find a doctor who can offer you the best hope of cure by doing this well studied test.